Warning: count(): Parameter must be an array or an object that implements Countable in /home/customer/www/rxprimal.com/public_html/wp-content/themes/fmagazine/lib/cmb/init.php on line 791
 Paleo and Crohn's Disease: Slowly Healing - Rx Primal
close

Pain has a way of making us grow. In a very bleak, melancholy way, “what doesn’t kill you makes you stronger” is true. Sharing another’s suffering creates a bond that’s unbreakable. Right now we live in a world of silent suffering. Yes, the media bombards us with news of horrors in other countries, in other towns, and in our own neighborhood. That breaks my heart, it wrings me dry every time the TV is on but there is a quieter suffering I’ve been introduced to only relatively recently. It’s the suffering we see as normal, as aging, as humiliating, and that we hide. No one talks about the days that it hurts to get out of bed and you feel as though your body has betrayed you. No one talks about the pain we feel watching our loved ones seize up from internal turmoil, stuck between the agony of a nameless disease and the loathsome side effects of ever-mounting pills.

No one talks about the pain of hearing the words “there is no cure, we can only manage the symptoms.”

In the midst of all of this, success stories about people who have managed to beat the odds and recover have begun to crop up. Some are simple, just a change in diet. This one isn’t. It was a change in diet, but it is also an ongoing battle. This took years of experiments–some that failed miserably, some that felt like grasping at straws–to eak out every inch of progress. This success story is still going. I’m hopeful that the end is in sight. The science, on the outskirts of medicinal research, outside the notice of the “medical establishment” is beginning to catch up. I am so grateful that it is in my lifetime and I hope that by sharing this story others may find the same hope and strength that we have, regaining control over their health.

This is my husband’s story.

Adam was diagnosed with Crohn’s disease years before I met him, when he was 25 years old. If you haven’t had a family member receive an IBD (Inflammatory Bowel Disease) diagnosis or received one yourself you may not fully appreciate the impact that can have. It’s life altering in the worst way. Very often a Crohn’s diagnosis means powerful immune-suppressing steroids, trips to the ER when your immune system attacks your intestines, and hearing a never ending refrain of “we don’t know, there’s no cure” that ends with having significant portions of your intestines removed. Sometimes it ends in liver failure. I can’t imagine hearing that at 25. Your whole life is ahead of you and suddenly…it’s not. What’s left is planned out around bathroom visits, whether you’ll feel well enough this year to commit to the softball league, if you can steel yourself against the pain long enough to get out of bed and drag through work. Feeling sick becomes normal. You begin to expect to miss dates because the pain is too much to get out of the house.

When I first started becoming close to Adam, I didn’t understand what he was going through. It quickly became evident. Somehow Adam had had the gumption to refuse medication and manage the symptoms through sheer will. So he was suffering but still managing to lead what seemed to outside observers to be a normal life. Everything he was going through was hidden. He’d get hit with pain so severe he couldn’t stand up. If it happened at home, he’d lie down wherever he was; the couch, the bed, the floor and double up until the pain stopped. Sometimes it was hours. At work, he’d close the door to his office, maybe take a pain pill, and try not to let anyone else see.

In place of medication we used whole foods and diet to manage his symptoms.

By chance, I had discovered the ginger was shockingly effective for intestinal pain. I almost hate to admit it, but I’d discovered it first in desperation while nursing a hangover. I had expanded my use from there to find that ginger treated any stomach ailment I had. With Adam lying on the floor in pain with something modern medicine prescribes extremely powerful drugs to treat, I got the only thing in the house I could think of: ginger. I made him ginger tea and begged him to sit up enough to drink it. I was floored when, about 5 minutes after he got a couple sips down, he started to feel better. Rather than an entire evening, his pain was mitigated in minutes. Over the course of the next two years I had ample opportunity to try again, and every time ginger worked like a miracle. To this day I’m shocked at how potent that simple herb can be, literally standing up against some of the most powerful drugs I’ve seen used.

I think it was about that time that Adam started to listen more carefully to me talk about the paleo diet. He wanted to give paleo a shot to manage his Crohn’s symptoms. And it worked! The more Adam committed himself in eating meat, vegetables, fruit, and nuts and eliminating processed foods the more his overall health improved. He slept better at night, his energy increased, and his daily pain lessened.

He was still having “cheats”, mostly when I wasn’t around. The prevailing modern wisdom of “a little won’t hurt” was at work. I knew that Adam needed to fully heal before he could “cheat” or else he’d put himself on a long, bumpy road to recovery or even worse, back slide, but these foods are an addiction and it’s extremely hard to shake that.

It didn’t help that his co-workers and friends didn’t take it seriously (they hadn’t seen him curled up on the floor, tearing up from internal pain). And Adam was feeling so much better compared to where he had been that he figured he was doing well enough to eat some of what he wanted. Between the two influences there were a lot of “cheats” and I began to see the episodes in which Adam would be hit with that internal pain building again. It happened more frequently and it was more severe each time.

Finally it all culminated in a Thanksgiving that will stick with me for a very, very long time. That Thanksgiving also mark a turning point though and the start of a long journey towards healing.

Check out Part 2 to hear about our experience with a huge, life changing flare and the diet and supplements we used to bring Adam back to full health.

You can sign up for my newsletter hereto recieve fantastic weekly recipes!

*And again, lots of thanks to Sam Bennett for his beautiful photography! 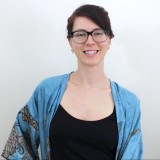